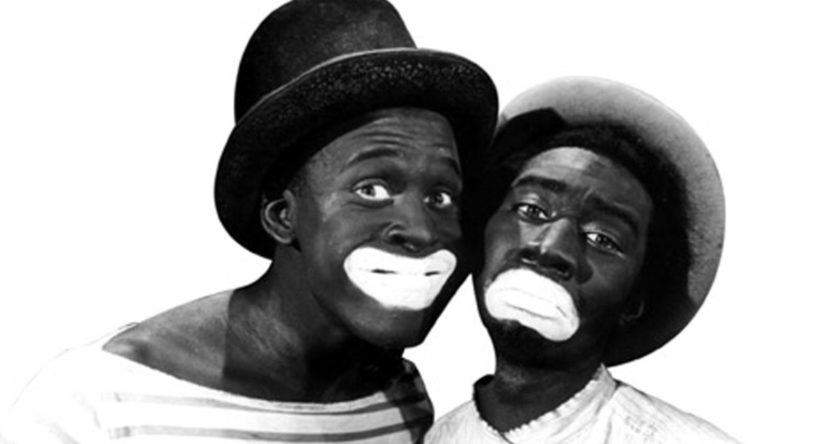 Understanding Oakland Boogaloo means doing research on Afro American history so I can better relate. I ended my previous post with a quote of James Baldwin, that demonstrates the meaning of the birth of Boogaloo. The necessity of having something of yourself, the urgency to be proud and to belong, to have an environment to celebrate your culture. I wanted to learn more about the idea of this deeply rooted sentiment. After speaking to Ryan Webb (who is one of my coaches in this research) , he advised me to watch the documentary Ethnic Notions.

This documentary displays the disturbing voyage through American history, tracing for the first time the destructive and dehumanizing stereotypes of Afro Americans, which have fueled anti-black prejudice. Like the images of the mammy, sambo, and the uncle that happily entertained and served. Through this ‘romantic’ fantasy of mirroring the prevailing belief that slavery was good for the slaves, which was drew upon their natural inferiority and willingness to serve.
Through seeing this I can begin to better understand the evolution of racial consciousness in America, as in the rest of the world. For example in Holland where every year in December Sinterklaas is celebrated. Where people are black facing themselves under the nom of a traditional Dutch holiday, but which is actually a painful reference to our colonial past.

Historically these images reinforced the psychology with its subliminal messages that black is equal to a negative appearance, it has become a part of our psyche. It’s a real indication that one of the best ways of maintaining a system of oppression has to do with the psychological control of people. It left wounds that are far more difficult to heal. To be natural or to be yourself or the way you where presented in this world as an Afro American, is seen as ugly. The more important is the birth of Oakland Boogaloo. It explains the necessity of needing something to hold on to, to be proud of, to belong to and to celebrate your culture is. As it is for all of us to honor and acknowledge that.